I like my march-attack figures to be in step. This was a formal way of moving men. It was used for getting large numbers of men in set formations to a point where they came in contact with the enemy. The men would have marched to music or the beat of drums. NCOs would have ensured that most of the men remained in step as the cohesion of the battalion relied on this. It would have been practiced on parade grounds until the men could move in unison almost without thought. It struck me when I did the research for these figures that in many illustrations most of the battalion seems to be using both hands to hold the musket. In march-attack the musket was supposed to be held in the crook of the left arm while the right arm swung free. The two handed hold was definitely not regulation. I looked into this and made inquiries from other research colleagues. The answer seems to be as follows – The French musket weighed over four and a half kilos. The regulation way of holding the musket in the crook of the left arm was not a ‘natural’ way of holding the musket. After marching for a while over rough ground, while taking fire from the enemy, it was natural for the right hand to be used to steady the musket and to take some of its weight off the left arm. In action the officers accepted this as necessary.

This set of figures is based on Edouard Detaille's sketch of French line infantry marching in Belgium in 1815 (see above). All the figures are in campaign dress. They wear their coats with the front flaps buttoned back to allow greater freedom of movement while on the march. Other sources have been used to provide the accurate historical information required for items of uniform and equipment. The more important ones worth mentioning are the Rousselot plates, the Bucquoy uniform cards and the Rigo (Le Plumet) plates. 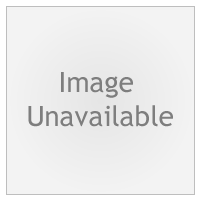 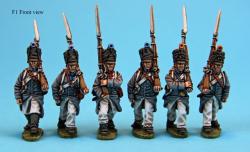 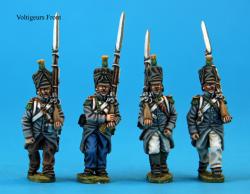 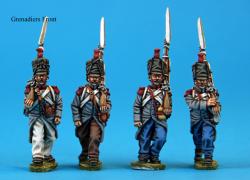 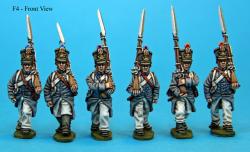 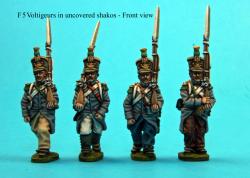 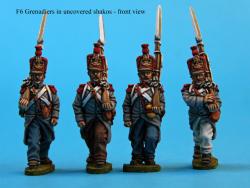 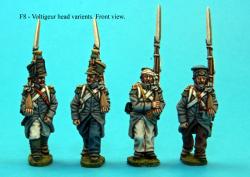 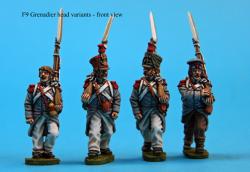 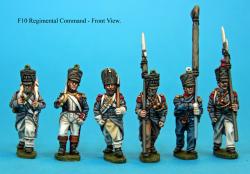 Six figure pack. Regimental command as described above in uncovered shakos and bicorns. 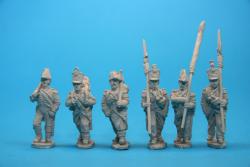 Return to: All Categories or All Products

All Categories     All Products 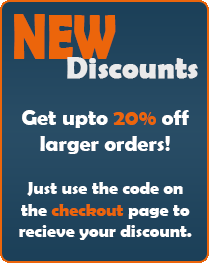